"This Scale Was Meant For Weighin'" Giveaway


The people at EatSmart sent something to me.
A brand new digital scale for me to review.
I’ve been weighin’ more than I’ve usually been a weighin’,
And that’s why I’m in such a horrible mood.

This scale was made for weighing, and that’s just what it’ll do .
Unfortunately it said my weight was two hundred twenty-two.

I keep gaining, when I oughta be losin’,
But I guess that ain’t this fancy new scale’s fault .
It’s got EatSmart “Step-On™” technology,
But that won’t bring this gainin’ to a halt.

This scale was made for weighing, and that’s just what it’ll do .
If it had given me a loss, this’d be a much better review.

A high-quality tempered glass platform,
With workmanship that's undisputed.
Just step on for an instant measurement.
(The batteries are even included!)

This scale was made for weighing, and that’s just what it’ll do.
If you’d like to win one, well I'd like to give one to you... 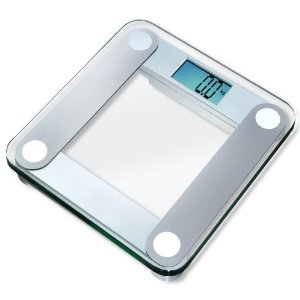