Take a Walk from the Wide Side

Jackie is just struggling along.
Trying to do eat more right things than wrong.
He knows that when he drops the weight,
It leaves his body feeling great.
Said, "Hey, babe,
Take a walk from the wide side."
I said, "Hey, honey,
Take a walk from the wide side."
And the calorie counters go
"Down do down do doo do do down..."
Posted by Cole Walter Mellon at 1:00 PM 3 comments:

Email ThisBlogThis!Share to TwitterShare to FacebookShare to Pinterest
Labels: Jack Sh*t, lou reed, take a walk from the wide side, take a walk on the wild side 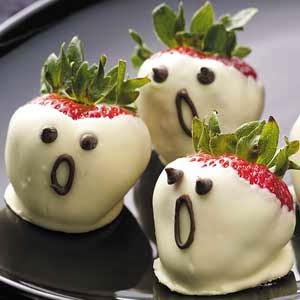 Almond Joyless (Almond Joy bar without the chocolate and coconut)

Posted by Cole Walter Mellon at 5:00 AM 6 comments:

You Gotta Be Smoking! 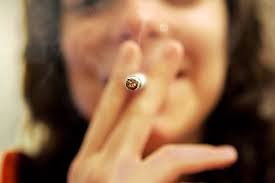 “Can I bum one of those?” asked the guy that works in the financial company upstairs.“Help yourself,” I answered, milling around near the back door of our office building, warm sunshine beating down on my slightly upturned face.“Waitaminute…,” he stammered. “This is chalk!”“Yeah,” I nodded, taking a piece of chalk from my lips and exhaling. “Why are you ‘smoking’ chalk?”“I recently read an article about how bad sitting at a desk can be for you.”“I don’t get it.”“Well, somehow smokers have worked it out so that they get multiple breaks during the day where they get to get up and go outside for a bit while I’m slaving away upstairs.”“Yeah, but…”“So when I take my ‘smoke break’, it allows me to stretch my legs and walk the halls, plus go up and down a couple of flights of stairs. That little bit of exercise really adds up, y’know.”“Yeah, but…”“And don’t discount the benefits of a little time in the sunshine. Vitamin D helps our bodies absorb calcium and helps form and maintain strong bones. Studies have linked Vitamin D deficiency to a number of serious health problems, including heart disease, several types of cancer, osteoporosis, diabetes, Alzheimer's disease and some autoimmune disorders.”“Yeah, but…”“And then there’s the whole concept of a mental break. The benefits of my time away from my workday stress include a mental recess, emotional relief and a physical change of place and pace. It all adds up to a healthy lifestyle.”“Yeah, but dude… this is chalk.”“Well,” I explained. “I ran the numbers on smoking and it turns out that the negatives… addiction, cancer, stinky clothes… far outweigh the health benefits of the ‘smoke break’.”“So…”“Chalk,” I grinned.“Well,” the guy sighed. “At least that explains the hopscotch grid in the parking lot.”
Posted by Cole Walter Mellon at 8:33 AM 4 comments: 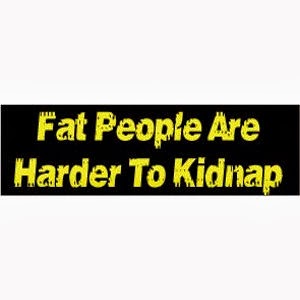 MY OTHER JEANS ARE TOO BIG.

WIDE LOAD (BUT I'M WORKING ON IT!)

IF YOU’RE CLOSE ENOUGH TO READ THIS, YOU PROBABLY NOTICED I’VE DROPPED A FEW POUNDS.

CAUTION! I BRAKE FOR SMOOTHIES.

BABY CARROTS ON BOARD.

I’D RATHER BE JOGGING. 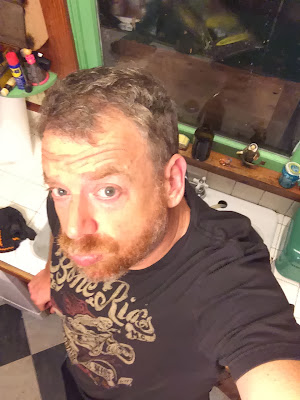 Welcome to another episode of "Cooking with Jack" (note: lawyers still haven't given me go-ahead to change the name to "Top Sh*t Chef"). Today I'll use this space to show you how to make a quick-and-easy-and-healthy dish and maybe - just maybe - teach you something you didn't know about yourself. 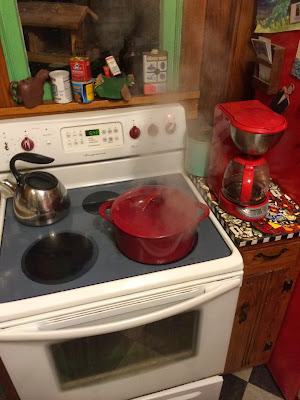 I'm utilizing patent-pending Jack-O-Vision™technology, where I can show you how to made Buck Wild Noodles AS IF YOU WERE RIGHT HERE IN MY HEAD. This is the greatest use of an iPhone camera and duct tape ever attempted. Anyway, first boil some water on medium low-high heat. It should look something like this.... 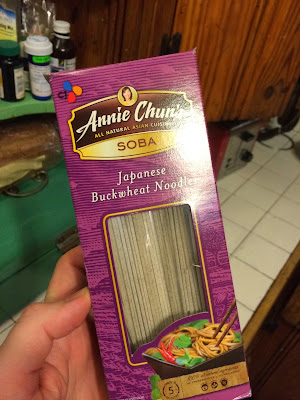 Now get yourself some soba (or buckwheat) noodles. Did you know that the first house my wife Anita and I lived in was located on Buck Street? You probably wouldn't have known it even if you lived in my neighborhood, because people would steal the street sign just as fast as the city would put it up. No, that's not pertinent to this recipe but it helps kill some time while the water gets to boiling. 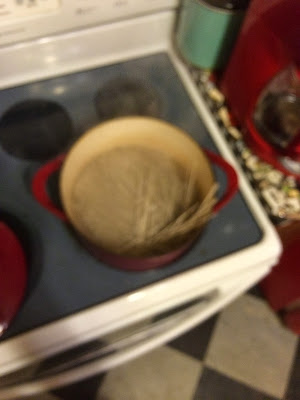 Place the noodles into the boiling water being careful not to dump the entire box onto the floor (note: if you DO dump entire box on floor, simply scoop them up and stick 'em in the pot whistling nonchalantly. What? WHAT? 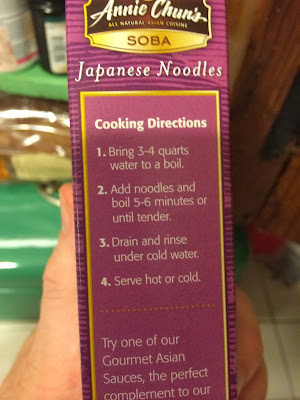 The box says to cook to noodles for 5-6 minutes, but I've found it better to cook them for 6-5 minutes. You say to-may-toe, I say to-mah-toe. 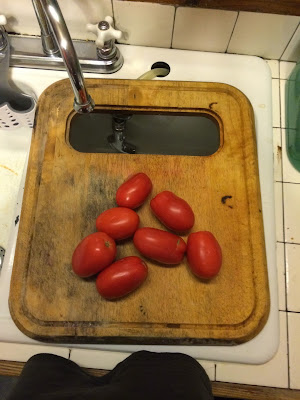 Speaking of to-mah-toes, you'll need some for the next exciting phase of this recipe. Grab as few as three and as many as 300, and then get your hands on a good cutting knife. It's choppin' time! 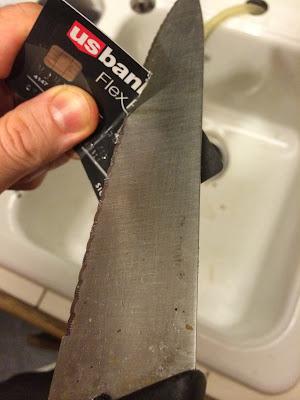 Make sure your knife is plenty sharp; you should be able to easily slice through a credit card. 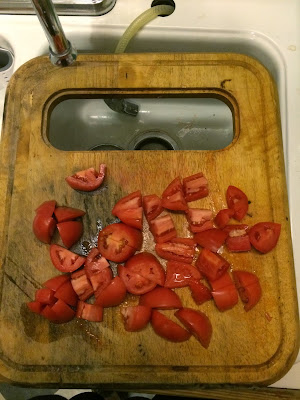 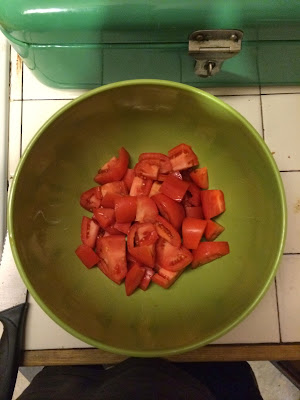 Put the tomatoes in a bowl and then go to the bathroom and put Band-Aids on all the cuts on your hand. 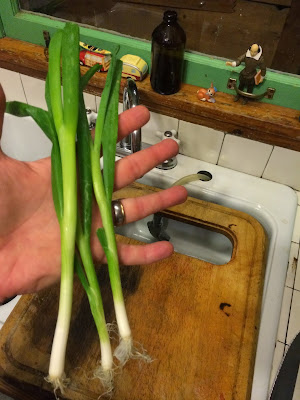 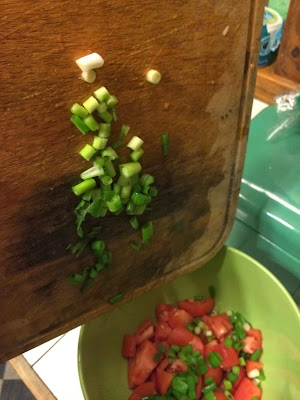 Chop 'em up and mix them with the tomatoes. Don't be so proud of yourself; a monkey could make this recipe (though the monkey might add bananas, which I DON'T recommend!). 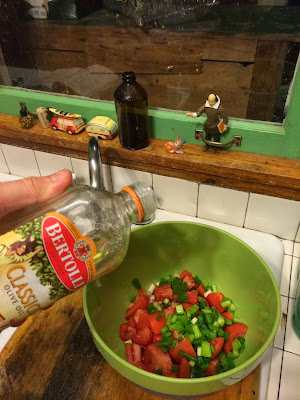 Now comes the challenging part of this recipe, because I can't find the measuring spoons. Add a galoomp of olive oil (roughly a tablespoon). 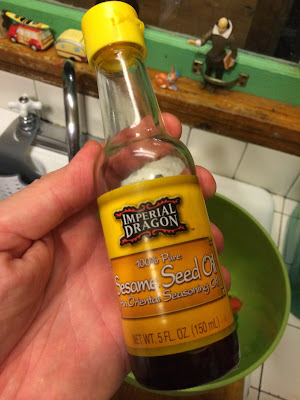 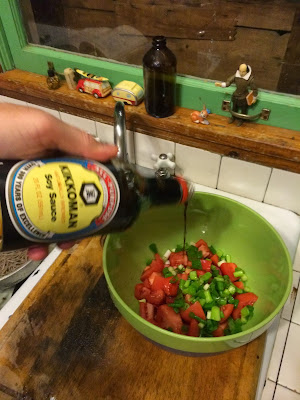 Pour in a couple of galoomps of soy sauce. 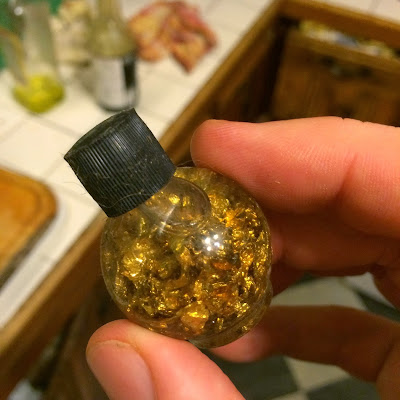 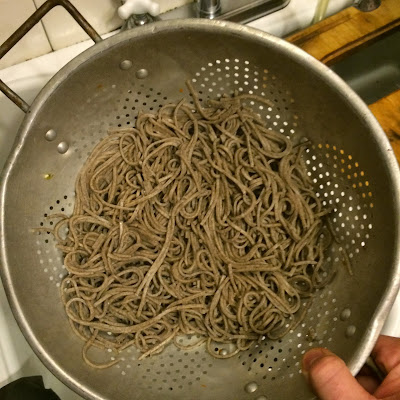 Now take your properly cooked noodles and drain them. Really... do I have to tell you to do that? How helpless are you? Come on! 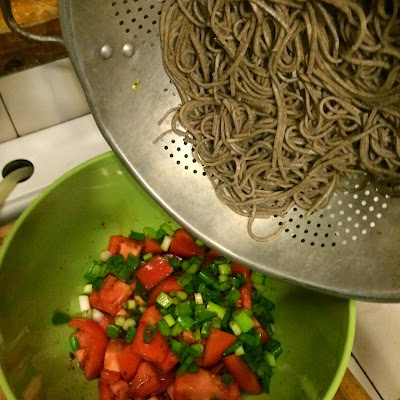 Now just add the drained noodles to the bowl of everything else and mix up.  That's all there is to it! 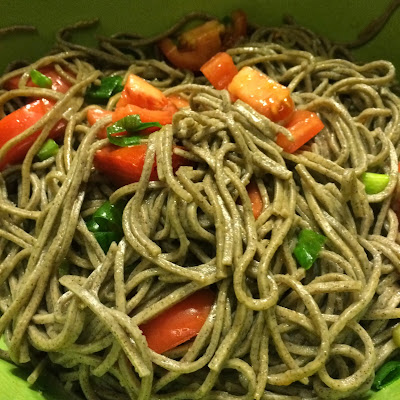 I know that sometimes I lie to you and other times I don't tell you the truth, but this dish is a winner! Satisfying and so freakin' easy! 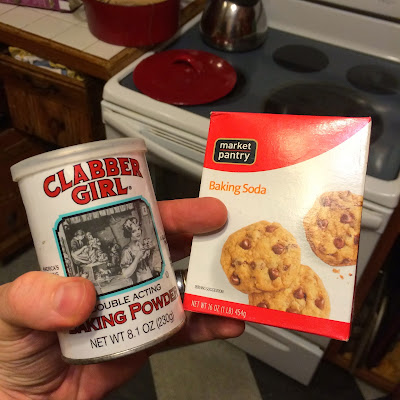 Next on "Cooking with Jack":  I prove, once and for all, that baking powder and baking soda are THE SAME EXACT THING!
Posted by Cole Walter Mellon at 5:00 AM 8 comments: 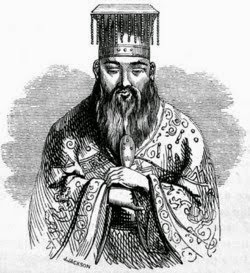 …person who eat too much dried fruit will gain weight for some raisin.

…person who loads up on bread is wall-to-wall carb-eating.

…person who eats too much cheese is guilty of a lot of mindless cheddar.

…person who doesn’t like hummus should give chickpeas a chance.

…person who eats too much wheat is a gluten for punishment.

…person who stuffs themselves at breakfast never sausage a gain.

…person who put too much dressing on sandwich mayonnaise some self-control.

…person who become overweight find it’s something that just snacks up on you.

…person who has an organic garden tills it like it is.

…people who are butter lovers generally are not better lovers.

…person who drink too many cocktails should only expect martini-tiny losses.

…person who is too obese but wants to play basketball should remember wide men can’t jump.

...person who doesn’t eat vegetables will find it’s parsley his own fault.

...person who eat too much cake is icing for trouble.

Confush*t believes that you and you alone
are the one who controls your own density.
After all, nothing dentured,
nothing gained.

Posted by Cole Walter Mellon at 5:30 AM 5 comments:

Even More Phrases You Never Want to Hear From Your Doctor 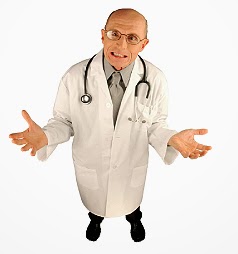 “Nurse! Come see how fat this patient is!”“I’m going to give you a prescription for something that will make all food taste like celery.”“Your cholesterol levels are bad, but I’m especially worried about your pudding levels.”“You see this spot on the x-ray; that’s blue cheese dressing. Haven’t we talked about you not bringing a bucket of wings to your appointment?”“Do I think you’re going to die soon? I can’t believe you’ve hung around this long!”“I’m going to send you to a specialist in cheese addiction.”“You see, when I hit your knee with my little hammer to check your reflexes, it’s not supposed to get stuck like that.”“No, I won’t trade you a urine sample for a frozen custard.”“Well, there’s at least one piece of good news: your case is going to allow me to buy my wife a new BMW convertible.”“Wow, you’re in even worse shape than that Jack Sh*t fellow I saw this morning…”
Posted by Cole Walter Mellon at 5:30 AM 4 comments:

Cooking with Kids (No... not as an Ingredient, Dumbass!) 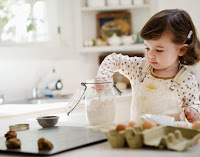 •  It’s a good idea to let your child plan dinner one night, but I hope you like “S’more Casserole”.

• There’s a fine line between teaching a child how to follow a recipe and handing him a cookbook and saying "If you need me, I'll be at the movies."

• For safety purposes, only let child use Nerf® knife.

• Making a soufflé will teach your kid an important life lesson: nothing you do will ever turn out right.

• It’s an ideal opportunity to teach children about different spices and which ones (marjoram, cilantro) are poisonous.

• Don’t worry about making a mess in the kitchen; that’s why you hired a maid, silly.

• Praise them for the effort, even if the final result isn’t perfect: “You did a great job kneading that bread, but next time try not to pick your nose so much while you’re doing it.”

• Learning to cook is also about developing life skills, so take your children to the grocery store to help shoplift the ingredients you’ll need.

• It’s fun to teach kids things they don’t know about cooking, such as “Baking powder and baking soda are the same exact thing.”

• A child’s laughter is one of God’s greatest gifts, so show ‘em that trick where you break an egg with one hand.

• Following a recipe can teach a child important math skills, such as “guesstimation.”

• It’s a chance to learn about the world’s cultures, foreign languages and geography; for example, if you make a box of Kraft® macaroni-and-cheese, you can talk about how it’s from the “United States” which is located in “America.”

• Finally get to crack line: “Hey, I made you… it’s high time you made something for me!”
Posted by Cole Walter Mellon at 5:30 AM 5 comments:

What the Doctor Told Me... 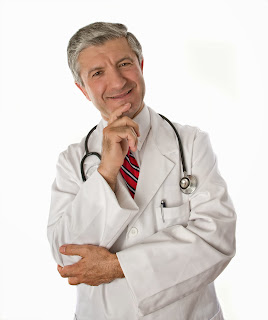 What I heard the doctor say:

“You, sir, a medical marvel!

“From looking at your MRI, it appears that there is a team of hard-working gremlins repairing your slightly torn rotator cuff at amazingly amazing speed.

“When I took my sons to see that new Star Trek movie where (spoiler alert) that captain guy dies but is brought back to life by the villain’s magically recuperative blood, I told them that–unfortunately–the real world doesn’t work like that.

“And now… now I have to go back to them and admit that their father is a bald-faced liar because I’m fairly positive that your blood contains those same regenerative properties. We’ve taken a vial of it and locked it away in case anything ever happens to the President.

"Again, and I don’t think I can stress this strongly enough:  you are a walking, talking miracle, a infinitely phenomenal phenomenon. God bless you and keep you all the days of your life!”

What the doctor actually said:

“I’ve got a worse tear in my underwear. Get out of here, ya big puss.”
Posted by Cole Walter Mellon at 5:30 AM 7 comments: