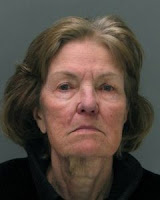 Do you ever feel that way?

That you're geared up on Monday morning to fill your week with giant strides on your healthy living journey and... Somehow... Some way... You end up tripping over your own too-fat feet?

I love, love, love what I do here on this blig-bloggity-blog, and the fact that anybody else ever enjoys it half as much as I do is just the sugar-free icing on the fat-free cake.

However, I recognize that the scale and I haven't been fast friends of late.

Ever since I started weighing in and posting a number every day, I've actually gone in the wrong direction. Some of it has been circumstance and some has been just not doing all the things I need to do in order to be successful. And I think the food needs to take a little bit of the responsibility for being so damned delicious...

I thought about discontinuing The Daily Scaley and trying something else ("Getting Less-Chunky Bi-Monthly" or "Not More of Me Quarterly"), because, frankly, that lack of success is making me mad and a little bit embarrassed.

Then it occurs to me that a little anger and humiliation might be the push I need to get this choo-choo train chugging again.

My wonderful wife Anita and I were stuck in a security line at some airport a while back when we noticed this really sour-faced elderly woman. She was obviously ticked off and was rolling her eyes and harummphing quite a bit until she finally caught sight of her husband, a frail-looking gentleman loaded down with all their luggage. She shrieked at him to hurry up, to quit being such a laggard (I think she actually used the word "laggard"), and I felt a swell of pity for this weak-willed gentleman who seemed to be saddled with a domineering, hateful spouse.

When he finally shuffled up to where she stood, the woman fixed him with a  grim grimace and was about to berate him some more when he spoke up in a clear, calm and strong voice: "Awww, shut up, ya old bitch!"

My point? Maybe at first glance it looks as though I need help. Maybe you'll feel a little pity for my sob-blob story.

But I'm stronger than I look and smarter than I blog.

And I've got something to say to my scale... 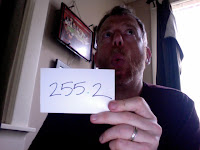