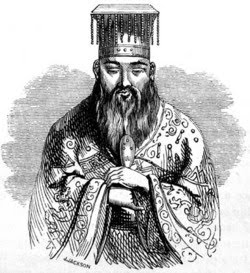 Long ago, near the frontier, there lived an wise old man named Confush*t, who often shared short nuggets of weight loss wisdom and found himself starring in parables such as this one.

One day he discovered that his horse was missing. It was said that the horse had been seen running outside the border of the country. The neighbors came to comfort ConfuSh*t and commiserate over his unfortunate loss. However, the old man was unexpectedly calm and said, “It does not matter; it may not be a bad event; on the contrary, I think it can be a good one.”

The next night, the old man heard a loud noise and got up to investigate. To his surprise, he saw that his horse had returned and was joined by another beautiful horse as well. Hearing the news, the neighbors all came to say congratulations on his good luck. At the greetings, however, the old man became very calm and thoughtful. He told them, “It is true that I got a new horse for nothing, but it is hard to say whether it is good or bad. It may be an unlucky thing.”

The daughter of the old man was very fond of the new horse, and one day while riding, she fell off and injured her leg terribly. The neighbors consoled Confush*t over this unfortunate event. “Do not be concerned,” the old man smiled. “Perhaps this will be a good thing.”

A year later, many of the youth there were recruited to fight in a war and most of them died. The daughter of the old man was absolved from the obligation for her disability, so she escaped death. “Surely this is a good thing,” argued the neighbors, but Confush*t stood and stared off into the horizon stoically. “Good or bad, who can say?” he said solemnly. “And please do not call me ‘Shirley’.”

A month later, a young man named Zhi Peng Huang began dating his daughter, which distressed Confush*t very much. “But it could be good thing,” suggested a neighbor. “Who can know, right?”

Moral: Sometimes what we perceive to be setbacks can really be blessings in disguise (and vice versa). Also, daughters should not be allowed to date. Ever. 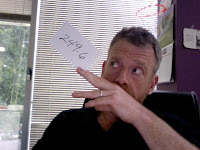 Slow and steady wins some damn thing or another...
Posted by Jack Sh*t, Gettin Fit at 5:30 AM