Time to Turn it Up a Notch 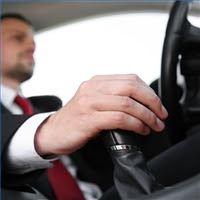 Sometimes you're just chugging along on that healthy living highway, and you come to a startling realization:  you're going nowhere fast.

Let me let you in on a secret:  going nowhere fast really sucks.

When you're waltzing about on this weight-loss watusi in a two-pound-forward-one-pound-back fashion... well, it's a painfully slow way to do things. Even slower is those times when you go one step forward, two (maybe three) steps back.

I don't know how it is for you, but I feel like I'm doing all the right things most of the time and, much like my 401K account, I'm not getting much of a return on my investment.

So maybe it's time for me to reassess my commitment to what I'm doing, double down on my dedication. I'm planning on engaging a new personal trainer to shake up my routine. I just downloaded an app to *gasp* track what I eat. I'm getting ready for a little full-scale warfare.

Don't worry–I'm not going to fill this space up with super serious sermons and rah-rah rigamarole (at least not very often, that is). Nobody's getting an invitation to a pity party. I may just, from time to time, attempt to give myself a kick in the seat of the pants... but you know, that's probably something that wouldn't hurt you to hear either..

It's time to see if I've got another gear.