My Last Word on the Philips DirectLife Activity Monitor 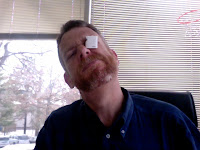 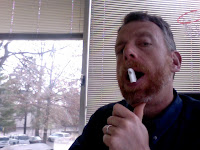 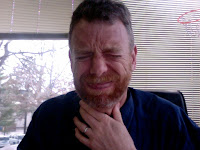 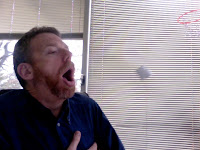 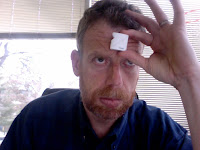 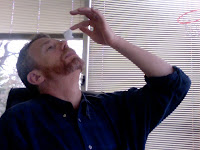 This little electronic gizmo changed the way I look at my day-to-day activity.

It’s called the Philips DirectLife activity monitor and it’s about as hard to use as a spoon. I mean, you just stick the doohickey in your pocket (or wear it around your neck) and go.

Every day, or every so often, you just dock it to your computer and it tells you how many calories’ worth of activity you’ve burned. But the device lets you know just by looking at it, through a series of lights, just how close you are to your daily goal.

It’s completely waterproof, so you can swim laps with it or carry it around in your mouth if you want to. The square shape helps keep it from sliding down your throat if (when) you swallow it.

Don’t worry… that happens all the time.

Best of all, the service comes complete with access to a trainer who will answer questions, provide helpful support and even put up with silly emails from users.

What I learned from using it:  my activity comes in large chunks. Long flat lines of coma-like stagnation, followed by an hour-long burst of super-activity, then more near-death stillness, then more explosive movement. As has been pointed out to me, that’s really not an optimum situation, but I don’t have much of a work-around for it right now.

Oh, I’m getting better at getting up and dashing around the office from time to time, parking farther away, taking the stairs (and sometimes even shimmying up elevator cable) and all that kind of business, but blogs and tweets don’t write themselves, dammit!

I averaged nearly 1,800 calories burned every day for the past few months, though it’s taken some 11 p.m. jumping jacks some days to hit my daily goal. I’m not sure I would have been quite so active without the thingamabob in my pocket, so I’d say it did what it was supposed to be doing.

One thing I didn’t think was so super-fantastic about it: it has trouble measuring the intensity of a workout. When I’m pressed for time, I work out on The Inclinator, a treadmill that goes up to a 30° incline. Thirty minutes on that bad boy leaves me a sweaty mess, but the activity monitor thinks I’ve gone on a leisurely stroll.

It also started skewing my workouts a bit. Long walks/runs on the treadmill gave me the most activity bang for my buck, and I almost didn’t purchase the elliptical I wound up getting for my house because the DirectLife dealio doesn’t think much of ellipticalizing.

Now, there is a way to fidget with the website and modify workout results. I got mad one day because a 20-mile bike ride registered about the same as strolling down the driveway to get the catalogs out of my mailbox. DirectLife Coach Jen walked me through a feature that allows you to rename and regauge activity, and it worked like a charm. But I don’t use the feature much because I’m sorely tempted to rename “sleeping” as “speed skating” in order to jack up my activity numbers.

The other downside was that I was spending all my free time trying to hit my activity numbers and started ignoring the strength-training portion of what I’m trying to do. So while I’ve been amazed and impressed with all that this little piece of plastic can do, I’m going to go my own way for a while.

I’d like to thank the fine folks at Philips DirectLife for all the love and support they’ve shown me over the past year, and for replacing my gizmo when I burned one up in the dryer and dropped one off the Empire State Building.

If you’d like to find out more about the Philips DirectLife activity monitor, check out their site right chere.

Full disclosure: I received the use of a Philips DirectLife activity monitor and its subscription service free of charge. The only payment for this review was the promise of a free hug from DirectLife Coach José should our paths ever cross. Let’s pray that day never comes… 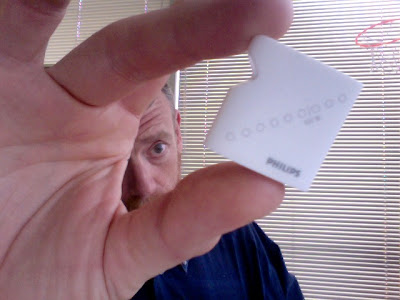