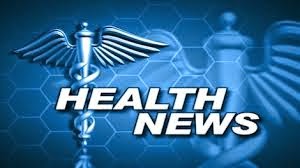 • Ebola outbreak causes worldwide concern, but – on the bright side – gives me new excuse to use when I call in sick to work.

• A study found long-term marijuana use appears to shrink the part of a person’s brain that’s involved in decision-making and assessing the consequences of one's actions. However, it does make my blog more entertaining to read.

• The popular Subway sandwich chain removed an ingredient known as the “yoga mat chemical” from their bread after an onslaught of bad publicity, causing me to stop claiming that I incorporate “yoga” as part of my healthy lifestyle.

• In an effort to promote healthy living, CVS stops selling cigarettes and makes customers get on floor and do 20 push-ups before checking out.

• Jordan Younger, also known as The Blonde Vegan, announced to her readers in June that she was moving away from her strict vegan lifestyle because she'd developed an eating disorder called orthorexia—an obsession with healthy foods that leads to more and more restrictions and, potentially, malnourishment. Plus, she saw a Wendy’s commercial for a double bacon cheeseburger than just really piqued her interest.

• New studies reveal that people who eat two or more servings of refined white bread a day are as good as dead.

• Viewers express alarm on social media when The Biggest Loser contestant Rachel Frederickson shows up at the Season 15 finale as a walking skeleton.

• Under the new Food and Drug Administration "nutrition facts" box guidelines on food packages, serving sizes will be more straightforward, calorie counts highlighted more prominently, and only the healthiest around will be eligible for the coveted “Jack Sh*t Super-Duper Healthy Seal of Approval”.

• The world was taken over by the very viral Ice Bucket Challenge which exploded onto the social-media scene over the summer. ALS nonprofits and research organizations have received more than $100 million in donations, which is the only reason I’m not suing them for stealing my idea of challenging people to pour a bucket of boiling water over themselves. IT’S BASICALLY THE SAME IDEA!