This is Your Wake Up Call 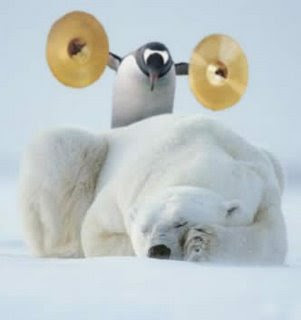 Welcome to "Same Old Sh*t" Saturday, where I regurgitate old stuff instead of... ummmm... gurgitating new stuff. This was my first attempt at a grab-you-by-the-collar-and-shake post, and I worry every time I write one that I'm coming off too preachy. But the truth is, I go back and re-read the ones like this fairly often, especially when I need a boost of willpower, a second helping of want-to. Sometimes we all need a kick in the seat of the pants...

There’s a bright shiny new day waiting for you and you’re letting it slip away while you lie there beneath your layers and layers of covers, wishing the world would go away. I’ve got news for you, Sunshine: the world’s not going anywhere. It’ll keep spinning, keep churning, keep going on and on and on, and it doesn’t particularly care if it goes on and on and on with or without you. You’ve been lying in the dark so long that the world has just about forgotten all about you. Maybe it’s time to make it remember.

It’s time to get up and start moving.

Move toward your goals. Move toward your dreams. Move toward the life you know you want and deserve. You’ve squandered day after day, year after year, but here’s the thing: it just doesn’t matter. Yesterday is dead and buried, and today is right here, so bright and beautiful and full of possibility and…

You gotta runrunrun. You’ve got deadlines and responsibilities. You’ve got pressures and problems. You simply don’t have enough time to get it all done. It’s all just too much to bear.

I don’t mean to laugh at you, I really don’t, but…

Do you really think you’re the only one with deadlines and responsibilities, pressures and problems?

Everybody everyday is dealing with whatever they have to deal with, and guess what? Some of it makes your big fat worries look like less than nothing. Sure, life is busy, busy, busy, and there’s never enough time to do everything. However, there’s always enough time to do the most important thing, and right now the most important thing is for you to GET UP.

Get up and start moving.

Get up and start living.

You’ve been feeling sorry for yourself so long that you think it’s your natural state. I’m here to tell you that it isn’t. Not by a long shot.

So your life could be better.

It is within you to grab hold of your life and bring it back under control. No, it won’t be easy. Did I say it would be? It will be a day-to-day struggle, a month-by-month challenge, the work of a lifetime. But we both know it will be worth it, don’t we? We both know that this isn’t where you want to be, where you were meant to be.

You can lie there feeling sorry for yourself or you can get up and make something out of this beautiful day. You didn’t get where you are overnight, and it won’t get better in a matter of days… but it will get better. I promise you it will get better.

You’ve been down long enough.