The "Pisa Sh*t is Mad" Giveaway 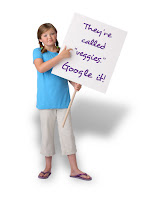 In case you’re new to these parts, Pisa is my 11-year-old daughter. She’s a pretty normal kid, but she’s been fuming ever since I filled her in on some troubling facts about childhood obesity.

“Lemme get this straight,” she said the other day at the dinner table. “If one parent is obese, there is a 50% chance that the child will also be obese?”

“That’s correct,” I said, dishing some salad on my plate. “But that’s not the worst…”

“If both parents are obese,” I informed her. “The children have an 80% chance of being obese."

“That’s not fair to the kids.”

“I don’t think so,” she growled. “You eat a big pile of mashed potatoes, and I’m the one who winds up shopping in the Plus Size section.”

“How many kids are we talking about?”

“Well, nearly one out of every three American children is clinically overweight or obese,” I told her.

“Nope, actually I have it right here…” I explained, pulling out a copy of a report by researchers from the Stanford University of Medicine. “The factor that most puts children at risk of being overweight is having obese parents.”

“I’ll trade it for the mashed potatoes.”

“Look it’s not as desperate as it sounds…” I smiled, handing over the report.

“This is incredible,” she growled. “We kids are getting hosed.”

“Ummm… you forgot to hand over the spuds.”

“There’s gotta be something we can do about this,” implored Pisa.

“C-O-A-K, the Coalition of Angry Kids,” I explained. “COAK helps parents… well, really all adults…do their part to be healthy role models for the younger gneration.”

“By asking folks to take the COAK pledge.” I said. COAK is making a big push by offering a  30-day Anytime Fitness membership, a free 30-minute personal training session and a no-cost 30-day premium pass to AnytimeHealth.com. There’s no contract and no strings attached.”

“Well, you should blog about it,” Pisa told me.

“Nah, it’s kinda boring,” I told her, straining to reach the potatoes.

“Boring!” she yelled, banging a fist on the table. “It’s my future we’re talking about!”

“A GIVEAWAY!” she boomed. “Have them leave a comment about the importance of this issue and give the best one a special giveaway package.”

“Well,” I said. “I do have some good giveaway loot in my office…”

“Give away a GRUVE activity and calorie-tracker device (value $180) AND a one-year premium pass to http://AnytimeHealth.com (value $50).” 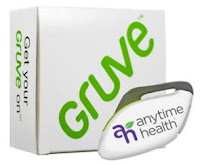 “How do you know the value of those giveaway items?”

“Look, Dad,” said Pisa sternly. “This is a LOT more important than whatever silly list or stupid song you were gonna slap on your blog today.”

“I’m not getting any potatoes, am I?”


Pisa gets her way: leave me a compelling comment about this issue and you could win… ummm… what she said. This is her contest, so she’s picking the winner. Would-be winners should address their comments to her.
Posted by Jack Sh*t, Gettin Fit at 6:27 AM