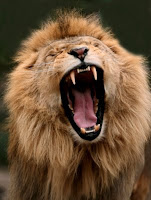 It’s a myth, you know, that overweight people suffer from low self-esteem more than the rest of the population. In fact, psychological tests given to overweight folks have proven that obese individuals are, on balance, just as mentally healthy (or unhealthy) as anyone else. There’s no support for the idea that overeating is generally associated with poor mental or emotional health. Quite the opposite, actually; many slim people who were interviewed said they wouldn’t have the courage to go out if they were obese. They’d simply stay at home and hide their fat faces.

Think about it: you get up every morning, get out of bed and face the world head-on. You accept strangers’ stares, children’s cruel comments and friends’ “helpful” advice, all with a wane smile and gentle good grace. You’ve recognized the inner demons that have put you in the state you’re in, and you’re going about doing something about it. You’re getting your life in check, as well as providing emotional support for others who are also getting their lives in check.

Here’s my point: you’re not weak.

Here’s my second point (and this may sting a little): you’ve got to get stronger.

We’ve all got our own ways of fighting this fight, our own methods to this madness. You may cut carbs, she may count calories, he may swim 50 laps a day, I may simply try to eat smarter and exercise more. There’s no one way–no right way–to get there from here.

But ask yourself this: Am I really doing all I can to succeed?

If you can honestly say “yes,” then God bless you, but I suspect that you’re in the minority if that’s truly the case. I know this is going to sound… well, funny… coming from a guy named Jack Sh*t who spends half his day telling fart jokes and making kooky lists, but you’ve got to get serious about this if you want to find the success you claim you want. You need to shift it into high gear, and start getting it done, and I mean like, today. You can half-ass it for as long as you want, but the real results aren’t going to happen for you until you knuckle down. Until you get serious.

There is a lion in my heart, and he’s roaring at the fat that I’ve saddled myself with by being stupid and lazy. Roaring at the complacency that allowed me to put my own health and future in jeopardy. He’s roaring at me every day, filling my spirit with grit and reminding me that this is my day, this is my time. He’s pushing me to run wild and pounce on this chance, this opportunity to reclaim my life.

This journey is not for the weak or the meek; it is for the strong-willed and the lion-hearted.